I know, I know. You’ve probly never even thought about it. But I have. Cuz see, as a woman, there’s an interesting phenomenon that happens when we sit down to pluck our eyebrows.

It’s strange, but true. So years ago when Google became a “thing” – yes, I’m THAT old- 👵, I looked it up. Yup just as I thought. The trigeminal nerve runs above the nose & eyebrows.

When you irritate the skin around there, it stimulates that nerve. Into action or reaction. I am a nurse so I had to learn & memorize all those nerve things. But today I woke up and wondered why ( or if I actually do ) I don’t sneeze at night.

Apparently its for our own protection. “Even if an insect crawled across your nose you wouldn’t sneeze because those muscles are paralyzed while in REM sleep”.

That’s what  THIS says anyway.

Usually we don’t notice or question it. Until it’s something that we are driving our selves crazy wondering why we can’t get it.

I’m sure you have many stories of “I’m sure glad I didn’t get what I wanted back then”. I have a few. The biggest one was when I was 16 and pregnant living in small town America. I didn’t have much of a support system & it’s not like I could google “what to do when you find out you’re pregnant and you’re a poor, shy, naive girl from the sticks”

The best “solution” when I realized “oh my God I’m a statistic now” seemed to be this scary thing called abortion.

Don’t worry, this isn’t an argument for or against abortion, or to pluck.or not to pluck ( aka wax or bush brows- remember Brook Shields?) or even sneezing while asleep.

Its simply a reminder to learn to ᒪEᗩᑎ ᗷᗩᑕK
when you are frustrated at a situation you’re dealing with.

ᒪEᗩᑎIᑎG ᗷᗩᑕK let’s our natural instincts kick in. Leaning back or ‘feeling WITH’ lets us experience our feelings, the good, bad & ugly, then move forward with a decision that’s not wrought in turmoil necessarily, but in determination of the main goal.

That goal might be just to feel better in the moment- without regrets later or to plant seeds of hope for someone else, or to create stronger bonds with this person.

The most important thing is to get yourself to a safe place emotionally – so you can figure out the goal.

Making those decisions while in duress leads us to second guess later or even spend years wanting a do- over.

My decision NOT to abort was made more by lack of knowledge & location than the incredible love & bonding that came later to my child.

That child turned out to be my saving grace, early on, as a child raising a child, & later on when my family faced many many challenges that almost broke us in every way possible.

That child was a second mother to my other 4 kids, and a best friend to me. She married, had 4 kids, became a much better nurse then me, even getting her Master’s in nursing.

But back to sneezing.

Not sneezing at night protects us from thrashing around, waking up many times, scratching our eyes out etc.

ᒪEᗩᑎIᑎG ᗷᗩᑕK when in dire situations helps us stop, reflect on what our goal is, and is REACTING with emotion going to help us reach that goal or will it break down the relationship further? 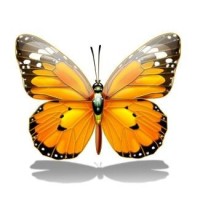 A writer influenced by her Swedish heritage and Yorkshire upbringing

what if life doesn't hand you lemons?

A blog about true crime

Aroused by Arête, a meditating logophile

dreamer of dreams, teller of tales