I’ve looked at this picture and accompanying words several times over the last 3 years. Oh, how many times I’ve wished for treatment on a deserted island or a posh beach-themed ibogaine clinic in Costa Rico overlooking the warm ocean waves. How many times have I wished for my “tribe” to surround my son and will him back to life by chanting mantras and singing songs of hope? How many times I wanted tearful meetings filled with prayers and arms slung desperately over shoulders clinging to each other for strength on what the next best course of action should be. I wanted us to come away feeling fulfilled and hopeful that my son would know how much he was loved and would just see the error of his ways as he collapsed in sincere repentance and dramatic promises.

I believe in the power of Love. I believe that connection is a valid treatment (not cure) for addiction. I believe when lost souls push people away, it’s really the addiction making room for more addiction. And although we may not do the Ubuntu tribe thing; we are all healing in our own way. We are all doing the best we can, even if it’s not supporting each other in unison together.

As of now, I’m in complete gratefulness in my blessings of having everything I asked for come to fruition and so much more that I “scarce can take it in”. Although nothing is promised other than the moment we are living in, I am forever grateful that my son is on his journey of recovery.

My “tribe” was other mothers, my husband, my daughters, and a couple dozen zoom meetings of suffering parents. My God, who was the recipient of all my crying and sometimes screaming, in my car, patiently held me as I let him lead my son from the murky waters of addiction into the cold cement walls of the jail where he was supposed to heal his damaged brain by being around other damaged people. But guess what? They were his tribe. They were the ones who welcomed him with workout clothes, the “best bunk” and an immediate entrance into a certain group which is paramount for survival in jail. Certain people giving him valuable advice that you can’t get out of a book. God was watching my boy when I couldn’t.

Today I want to share a collection of positive stories and quotes on helping people. I hope you enjoy these and can apply them to your situation somehow.

This memory recently came up on my Facebook page after the deadly Las Vegas shootings 4 years ago. This is what I wrote in response to that:

Of course we may never know the reasons behind such tragedies (that particular one included); Matt Kahn says it best:

When our loved ones disappoint us, when our hearts are shattered to pieces and we think we can never recover. When we want to yell at God or the sacklers, or the governor- anyone who may have contributed to our misery- who is the one who needs love now?

We can wrap ourselves up in the arms of a soft blanket and feel the power of love envelop us. We can recognize the divine wisdom of polarization. To know darkness is to appreciate and relish in the light.

And while we are trying to show up for ourselves, maybe 🐝 Bees 🐝can help us figure it out:

“My dad has bees.🐝Today I went to his house and he showed me all of the honey he had gotten from the hives. He took the lid off of a 5 gallon bucket full of honey and on top of the honey there were 3 little bees, struggling. They were covered in sticky honey and drowning. I asked him if we could help them and he said he was sure they wouldn’t survive. Casualties of honey collection I suppose.
I asked him again if we could at least get them out and kill them quickly, after all he was the one who taught me to put a suffering animal (or bug) out of its misery. He finally conceded and scooped the bees out of the bucket. He put them in an empty Chobani yogurt container and put the plastic container outside.
Because he had disrupted the hive with the earlier honey 🍯 collection, there were bees flying all over outside.
We put the 3 🐝🐝🐝little bees in the container on a bench and left them to their fate. My dad called me out a little while later to show me what was happening. These three little bees were surrounded by all of their sisters (all of the bees are females) and they were cleaning the sticky nearly dead bees, helping them to get all of the honey off of their bodies. We came back a short time later and there was only one little bee left in the container. She was still being tended to by her sisters.
When it was time for me to leave we checked one last time and all three of the bees had been cleaned off enough to fly away and the container was empty.
Those three little bees lived because they were surrounded by family and friends who would not give up on them, family and friends who refused to let them drown in their own stickiness and resolved to help until the last little bee could be set free.
Bee Sisters🐝Bee Peers🐝Bee Teammates🐝Bee helpers🐝Bee a friend🐝 We could all learn a thing or two from these bees. 🐝 🐝 🐝🐝🐝

In Psychology Today author, Elana Premack Sandler wrote this article on where to direct our anger in crisis. I thought it was fitting for addiction situations when our addicted loved one is in the center circle most of the time. It states this:

“If you want to scream or cry or complain, if you want to tell someone how shocked you are or how icky you feel, or whine about how it reminds you of all the terrible things that have happened to you lately, that’s fine. It’s a perfectly normal response. Just do it to someone in a bigger ring.

Comfort in, dump out.”

“Years ago, psychologist Susan Silk and her friend Barry Goldman wrote about a concept they called the “Ring Theory.” it’s used as a guide for family and friends to help prevent suicide.

You can read the entire article here: The ring theory 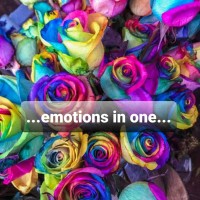 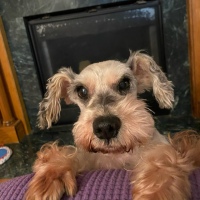 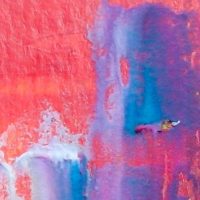 The most customizable eCommerce platform for building your online business. Get started today for free.